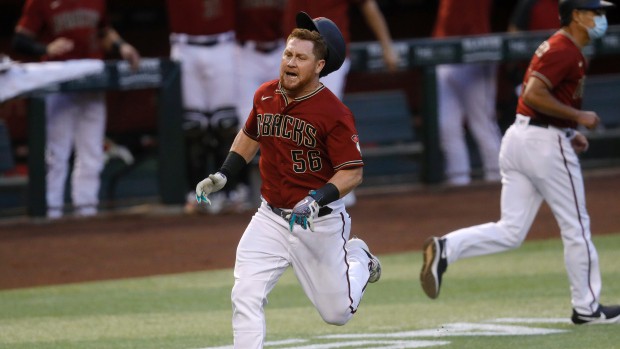 Posted in Editorials By TomWhitakerPosted on August 25, 2020 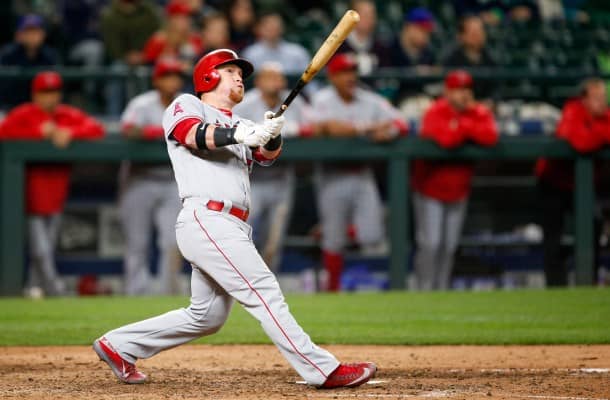 Veteran outfielder Kole Calhoun was extremely cold to start the season. However, the left-handed hitter has been showing signs of late that he may be getting away from his early season woes. He certainly appears to be heating up.

Although the Angels’ rightfielder did not accrue a hit in last night’s series finale at Safeco Field, Calhoun recorded at least one hit in the previous five games. That five game streak just so happens to be a season high for number 56. His overall numbers are still not the best to be honest, though. It is reasonable to put that forth.

Some expected that Calhoun would have a breakout season and evolve into a borderline All-Star candidate. There is a still a lot of time for him to right the ship, but those All-Star hopes appear to be farther down the drain at this point than is preferred. Which is kind of disappointing.

Now, Kole is being his usual self defensively (which is a relief). Through a little more than a month of play the red-headed rightfielder has not obtained a single error. Plays such as this one signify why his defense should never be in question. Ever. His stellar outfield assist on Sunday was his first in 2017. It is an absolute guarantee it will not be his last one, either.

His overall hotness of late is a great sign for the Angels at large. The Angels’ lineup needs all the help they can get. The guy in centerfield (as awesome as he is) cannot carry the freight all the time. As a result, contributions from Kole (and the others, surely enough) are all too critical. What is unfortunate is that his lows have sometimes seemed to outweigh the higher points.

One of the low points for Kole this year came on April 18 when he donned the golden sombrero. While no day this year has been quite that bad for the former Gold Glove winner, it showcases that Calhoun has looked more mortal this year than has been the case in the past. It may seem unfair to look at just one game. But for a relatively long stretch this year Calhoun was barely hitting above .200. He has never been a .300 plus hitter, but it is totally fair to expect more.

It is precisely why he needs to continue to swing the bat the way he has in the last week or so. During one three game stretch from Sunday to Wednesday, he recorded a home run all three times. This current uproar suggests that he can still smack the bat with authority. It is not to say that Calhoun needs to be the team’s primary power source. Nevertheless, the Millville Meteor and the Machine cannot be the only individuals supplying most of the production.

For the Halos’ sake, let’s just hope that this means even greater things are coming. Hopefully, it’s not just a little flicker of brightness. Calhoun inked a three-year extension in the offseason for a reason. It’s about high time that he starts living up to it on a more consistent basis.

Is RF Kole Calhoun Finally Out Of His Early Season Slump?
Scroll to top