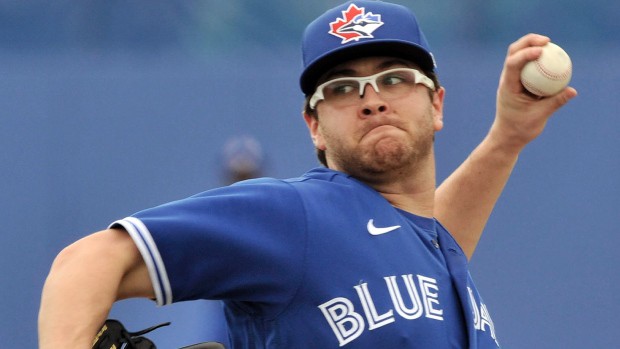 Posted in Halo Results By TomWhitakerPosted on October 12, 2019

Anaheim- Hector Santiago started off the game in the worst way possible giving up a lead-off homerun to Blue Jays third baseman Josh Donaldson. Santiago stayed aggressive though, and manage to pitch himself a four-hitter, only allowing three hits after the Donaldson homer. The Angels offense was able to provide just enough offense to give Santiago his third win of the year. Santiago went seven solid innings, allowing two runs (one earned) with five strikeouts. Santiago lowered his ERA to 2.25. Opposing Santiago was Blue Jays starter, Aaron Sanchez who pitched well himself. Sanchez allowed three earned runs in seven and a third innings earning his fourth loss of the season. The quality start for the 22 year old wasn’t enough to keep the Angels from pulling out the victory.

In the top of the fourth inning, Kole Calhoun hit a liner down the left field line for an opposite field homerun, his fourth of the year.

Calhoun’s homer got the Angels offense started, and at the time tied the game at one. The Angels would put together rallies in both the seventh and eighth innings. In the top of the seventh, Chris Iannetta singled home Calhoun to tie the game at two. Later in the game in the eighth, David Freese hit a sacrifice fly to score Erick Aybar, and give the Angels a 3-2 lead.

Joe Smith came into relief for Santiago and pitched a three up-three down eighth inning. Huston Street came in to shut the door on the Jays, and recorded his 13th save.

The series continues as the Angels and Blue Jays square off for the third game of this four-game series tomorrow at 4:07 pm.