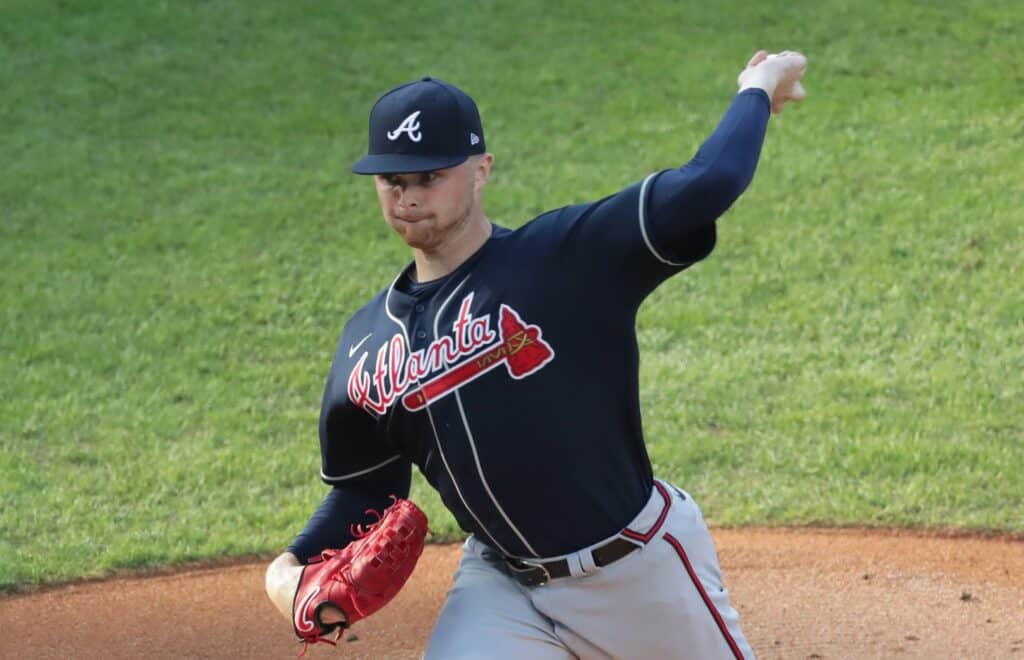 Posted in Halo News By TomWhitakerPosted on February 5, 2020

It was a trade that happened in November that left some fans questioning why the Angels were trading away possible the best prospect in the system. In exchange for Simmons, the Braves received veteran shortstop Erick Aybar along with the Angels’ top two prospects, lefty Sean Newcomb and righty Chris Ellis.

Catcher Jose Briceno, the Braves’ No. 25 prospect, also went to the Angels in the deal. Newcomb, the 19th-ranked prospect in baseball by MLB.com, might have taken a step backwards in 2016 though. Maybe it was the perfect time for the Angels to trade him. Let’s get some basic information on the 15th overall pick first.

A 6-foot-5 left-hander who was selected 15th overall in the 2014 Draft, Newcomb jumped three levels in his first full season in the Angels’ system. The 22-year-old finished with a 2.85 ERA and a 1.27 WHIP, walking five batters and striking out 11.1 batters per nine innings for both Class A levels and Double-A Arkansas.

In two seasons with the Angels Single and Double A, Newcomb combined for a 9-4 record, with closing in with a 2.38 ERA in his last 27 starts. Last season Newcomb pitched 136 Innings, with allowing an opponent batting average of .199 and 168 strikeouts.

In 2016, he made the trip to Atlanta because of the trade, and fell backwards in his performance. Newcomb held a 8-7 record, with allowing a 3.86 ERA in 140 innings pitched. His earned runs almost doubled from 2015 to now, as well as a decrease in strikeouts. Newcomb pitched in 27 games with the AA  Mississippi Braves.

Now this may have been Newcomb’s worse pitching year by far, but it does lighten the Simmons trade a little better. Not to mention former Angel Erick Aybar basically fell a part from the game of baseball. So who won the trade? It will still take some time to figure this one out..