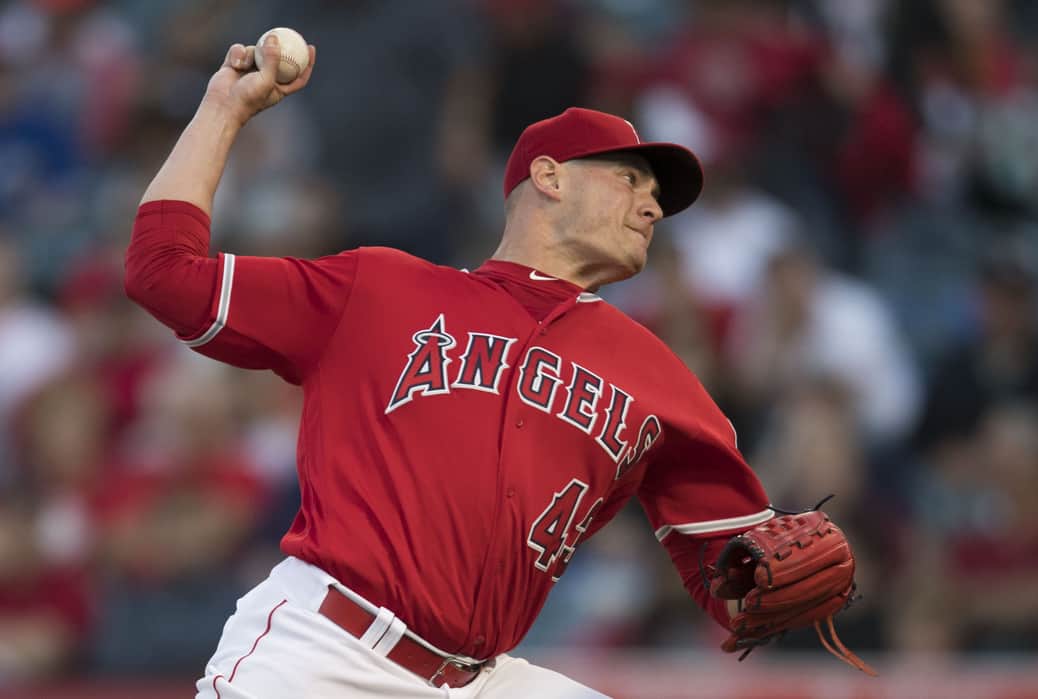 Posted in Editorials By TomWhitakerPosted on October 12, 2019

Angels starter Garrett Richards missed most of the 2016 season with an injury. When healthy Richards is one of the top pitchers in the league. Should the Angels consider a long-term contract extension with Richards?

Angels ace starter Garrett Richards only pitched in six games in 2016. He went 1-3 2.34 ERA in six starts before a UCL tear in his elbow knocked him out the rest of the season. Through parts of six seasons with the Angels Richards is 40-32 3.58 ERA in 148 games (93 starts) with two saves.

A former 1st round pick of the Angels from the 2009 amateur draft. Richards split time from the rotation and bullpen for the first three seasons of his career. In 2014 the Angels decided to convert Richards into a full-time starting pitcher.

The Angels could lock up Richards now, and save money. Coming off an injury plagued season means Richards does not have much leverage. If he comes back and has an All-Star performance in 2017 it’ll be more difficult to sign him long-term.

If Richards has an All-Star season in 2017 he would likely want to see how the 2018 goes, and possibly test free agency in 2019. An All-Star performance would also increase his salary and make it more difficult for the Angels to reach a team-friendly deal. The danger of locking up Richards now is that this elbow injury could come back to bite him.

Elbow injuries can be tricky and the Angels don’t want to sign a long-term deal with an injury prone pitcher. When Richards is healthy he’s an ace pitcher. The Angels should sign him long-term now, even with the risk of injury. It could be a team-friendly deal, that eats up some of his free agency years, and keeps Richards in a Halos uniform longer.

Should The Angels Sign Garrett Richards Long-Term?
Scroll to top