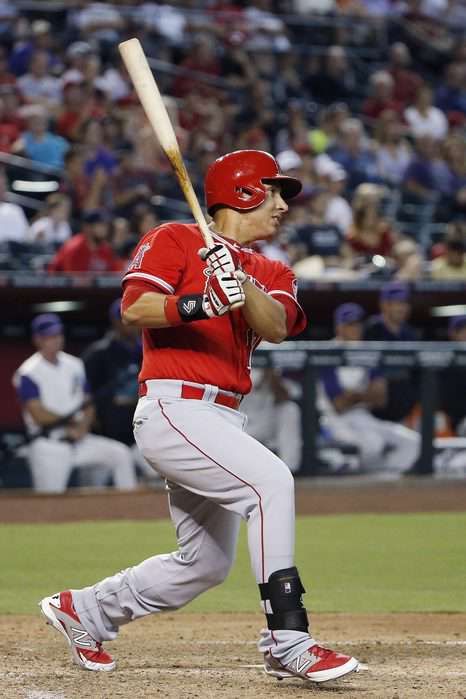 Posted in Halo Results By TomWhitakerPosted on September 9, 2020

Anaheim – The Los Angeles Angels used a five run sixth Inning to back C.J. Wilson on the mound as the Angels cruised past the D-backs 7-1. C.J. Wilson was in total control of this early afternoon game, as he went Eight Innings, allowing eight hits and one earned run. With this start Wilson improves to 5-5 and lowers his ERA down to 3.39 Wilson got the run supported he needed, as the Angels bats came alive today. I feel for Hector Santiago as yesterday he got nothing but a tap on the shoulder after his decent performance. The Angels were 0-9 with runners in scoring position yesterday, but today was a different story.

Taylor Featherston got the start at shortstop today as Angels Manager Mike Scioscia gave the day off the Erick Ayabar and Matt Joyce because of their hitting slump. Featherston would get his first major league home-run to deep left field and gave the Angels a early 1-0 lead in the 3rd. I loved how the Angels gave Featherston the silent treatment at the end, Classic!

The Angels would come back in the 6th ready to score some more runs, as they already had a 2-1 lead. Mike Trout would come to the plate with Giavotella on first. Trout would connect with this baseball and split the outfielders to send Giavotella all the way home. Angels now led 3-1

With the Bases Loaded Efren Navarro added more insurance runs with a single to right field. Navarro hit in two halos, as the score was now 5-1. Carlos Perez would be the next better and put the game to rest with a bases clearing double to left field. Perez also got the start as Chris Iannetta had the day off as well.

It was all Angels from the start as both Wilson and Jose Alvarez shut the game out to give the Angels a much needed win on the road. Angels win 7-1.