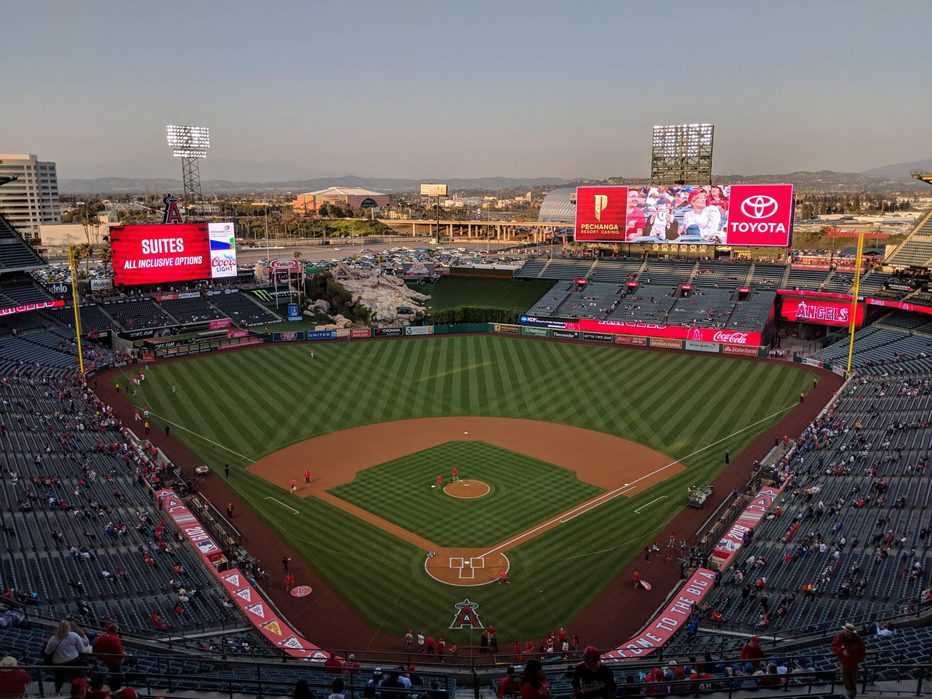 Posted in Editorials By TomWhitakerPosted on April 18, 2020

Last Saturday, the Angels designated both Daniel Nava and Craig Gentry for assignment.  This essentially ends the left field experiment that started when the Halos decided to go with another platoon in left field instead of signing one of the bigger free agents last year such as Justin Upton or Alex Gordon.  The Angels decided to save their money and sign two players who had a combined 29 career home runs (Nava has 25) and a .262 combined lifetime average.  Now both find themselves at AAA Salt Lake and Scioscia continues to have a revolving door in left.

Including Nava and Gentry, Scioscia has run 9 different players out to left field for the Angels this year.  Of the players still with the team, Shane Robinson has started the most games in left with 12.  Scioscia has even tried Gregorio Petit and Jefry Marte, both of whom are primarily infielders, out in left.

With this year looking to be falling by the wayside, the Angels have a chance to audition different players at the position.  Perhaps someone will step up in the final 50 plus games and become the frontrunner for the left field spot next year.  Or maybe the Angels will do what they have for the past two years and sign another group of one year contract players to platoon the position again.

In any case, the Angels need to make a choice on the position for this year and next.  Let’s take a look at 4 potential candidates to play left field for the Angels next year:

The 31 year old joined the Angels this year after spending time with the Cardinals and Twins.  He has appeared in 22 games in left field this year without making any errors but is only hitting .206 with an OPS of .581.  He may be able to play the position defensively but having their left fielder barely hitting over .200 with just a single home run won’t help the Angels compete.  Robinson may be better suited as a fourth outfielder, especially with his ability to play all three outfield positions.

Desmond is on track to have his best hitting numbers in his 8 year career and (what a coincidence) is set to be a free agent next year.  In his first season of playing primarily as an outfielder, the 30 year old is hitting .303 with 20 home runs after 104 games.  These offensive numbers help the fact that his 3 errors in 29 games projects to around 16 errors if he played a full season in left.  Perhaps with another season playing left field under his belt, he could cut his number of errors down.

While Desmond should have career highs in home runs, RBIs, and batting average, these numbers are by no means a rare occurrence.   Over the past 4 seasons he has averaged 22 home runs and 77 RBIs, while hitting .264.  I think any Angels fan would take those numbers in Mike Scioscia’s lineup.  Placing Desmond in an outfield with Mike Trout and Kole Calhoun next year would make for an incredibly productive outfield, but only if the Angels organization is willing to open their wallet.

For the past two years, the Angels have used a “left field by committee”.  This has not only failed to work but has completely left on offensive hole in the lineup every night.  This year, the nine different players who have played left have hit a lowly .217 with only 4 home runs.  If Scioscia decides to use 2 or 3 utility outfielders again next year in left field instead of sticking with one main player, fans should expect to see the same old results and the same disappointment.

This one is a real long shot for next year but we may see Jones roaming the outfield in a few years.  The former second round pick is currently on the Angels rookie league team in Orem so he definitely has a long way to go before we see him in Anaheim but so far Jones has shown some promise.  The 18 year old is hitting .323 in 38 games and has also stolen 13 bases.  Improving his patience at the plate (16 walks with 26 strikeouts) could get him on base more giving him the chance to steal more bases.

Again, he is a long shot to make the 25 man roster opening day next year, but a strong finish at Orem, a great showing at spring training, and another good year in the minors could have the Angels second ranked prospect on the path to become the Halos next left fielder.

The Angels (executives, not players) may be looking at the rest of the season as a lost cause, but hopefully they can use it to test different lineups and find a lineup that can compete next year.  If not, maybe they can surprise us by going out and finding someone who can play left field for the next eight years.

The Future of Left Field for the Angels
Scroll to top