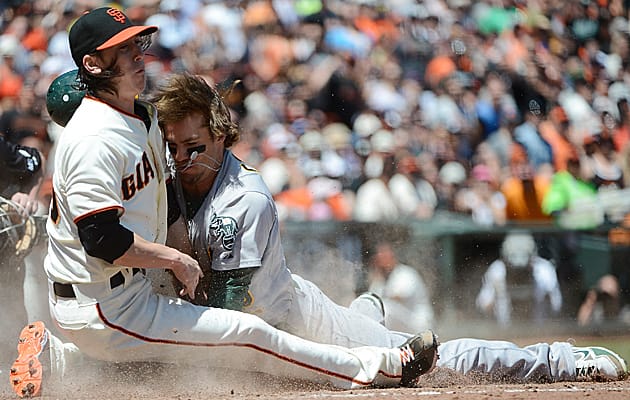 New Angels Pitcher Tim Lincecum took the mound in front of a much larger crowd at the O.Co in Oakland as he can thank some Giants and new Angels fans.

With Lincecum being a fan favorite and world series winner with the San Fransisco Giants, Fans knew they had the opportunity to see the Freak come back to the game of baseball. “The Freak” was a part of one of the greatest fan bases in the MLB, as they clearly showed everybody why they are.

A’s stadium is not always filled up to the capacity, but there could have been more Giants + Angels fans that out numbered the A’s fans. Super fan Sara Mason came to the game, and delivered a much loving sign that read

It may not be orange and black, but we are thrilled to see you back Timmy

After the game, Lincecum was interviewed by many as he went on to secure his first victory as a member of the Angels. Lincecum was thankful for coming back to baseball where he started.

It was pretty incredible, I was not expecting it. It was excited to see my bay fans here as they made it a home game for me

After his 6th Inning, everybody at the stadium where on their feet as they witnessed a true winner come back to baseball.

The photo of the day I think, was a Giants fan most likely wearing a Lincecum jersey with a new baseball hat on. With a smile on his face, it was clear he was here to watch the Freak. Take a look at the photo below.

Tim Lincecum: “I felt like it was a home game”
Scroll to top