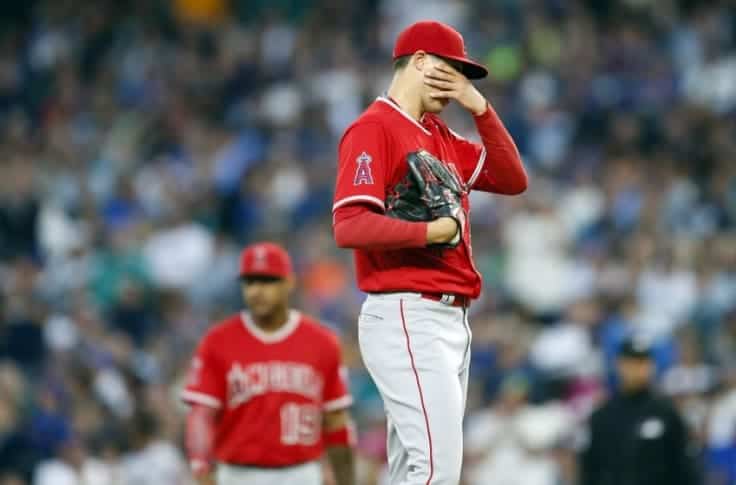 Posted in Halo Results By TomWhitakerPosted on October 29, 2019

The Angels’ timely hitting early on certainly played a major role in their win on Saturday, yet the bigger story that needs to be told is just how well Tyler Skaggs pitched.

In his four innings of work on the mound, he allowed merely one run and collected a total of three K’s on the day. In addition, his spring ERA now stands at a most impressive 1.35 mark after earning the win Saturday afternoon. It is Skaggs’ first win of the spring and his record now sits at 1-1 overall.

As a matter of fact, the young man went into the fifth inning to see how far he could go. However, after allowing a leadoff base hit he was ultimately pulled. Although making it through five stanzas would have been nice, the palpable increase in terms of overall stamina for Tyler is encouraging to see. According to Maria Guardado, Skaggs recently commented on how he feels physically.

On a side note, what is interesting to take into account is that the outing actually happened to be Skaggs’ very first against his former club. He originally made his Major League debut for Arizona back in 2012. With that being said, it is fair to convey that the southpaw had a bit of incentive going into today’s contest. Skaggs went on to explain the experience against some old, yet familiar faces.

“‘It was nice facing all my old teammates. A.J. Pollock, Ahmed, [Brandon] Drury, [David] Peralta. Mostly Pollock and Goldschmidt — I came up in the Minor Leagues with those guys. It was fun.’”

Tyler Skaggs Spins A Gem For Halos
Scroll to top