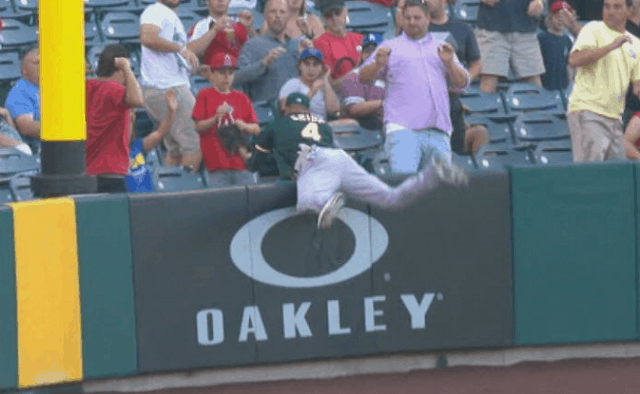 Posted in Halo Results By TomWhitakerPosted on April 8, 2020

Ji-Man Choi of the Los Angeles Angels of Anaheim thought he had his third homer of the team’s game against the Oakland Athletics on Thursday night, but veteran outfielder Coco Crisp had other ideas. Crisp has been known for his speed in the OF.

Even though the Trout Farm has a tiny wall down the left field line at Angel Stadium, Crisp was still able to make an incredible play to rob Choi of another homer in the game. What a catch.

If Crisp does not make this catch, the Angels have the lead and potentially the momentum to win this ball game. However the Halos did go on to lose Thursday nights contest at the Big A.