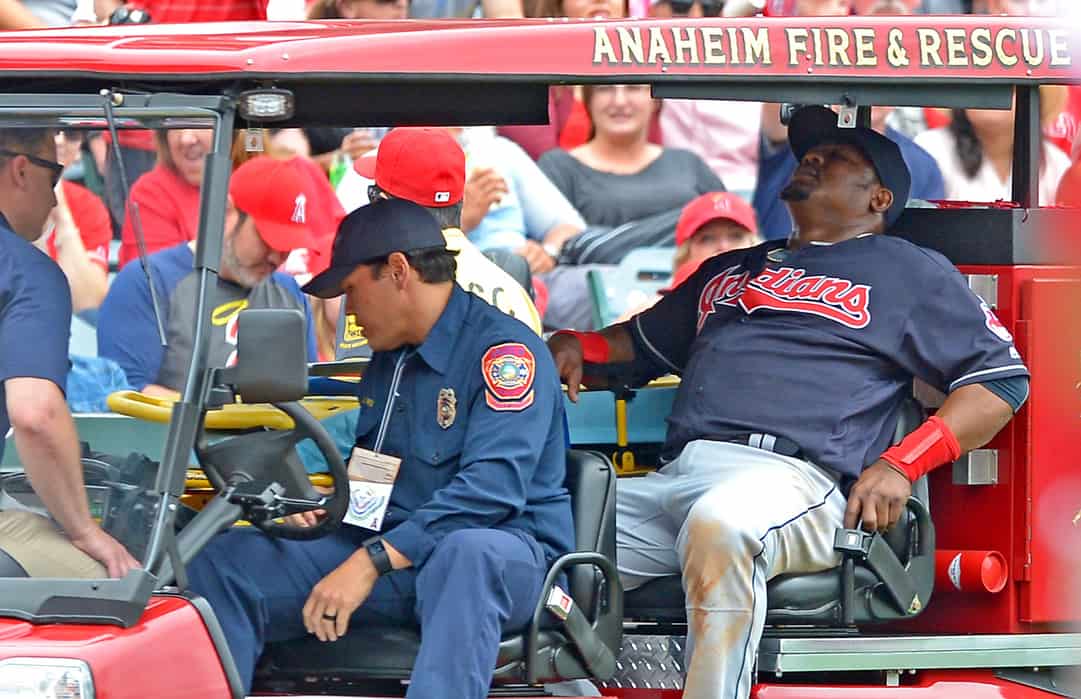 Posted in Editorials By TomWhitakerPosted on February 20, 2020

It was all fun and games until Angels CF Mike Trout drilled a baseball right at Juan Uribe’s nuts..

It was getting ugly at the Big A, as Angels pitcher David Huff would only las 1 2/3 Innings giving up 5 runs, as the Indians were smooth sailing into winning the series.

However, Juan Uribes day at 3B would come to an end during the bottom half of the 4th Inning as Mike Trout would make contact with a fastball and send it right towards Uribes Groin. Yes this video is real, it even hurts to watch.

Hopefully he was wearing a cup, even with that, I don’t know if that would help in this case. That ball was drilled down the 3rd base line. I guess that’s why it’s called the hot corner.

According to Angels reporter Alex Curry, the grounder hit by Mike Trout was going at 106 MPH. OUCH!