Posted in Editorials By TomWhitakerPosted on July 10, 2020 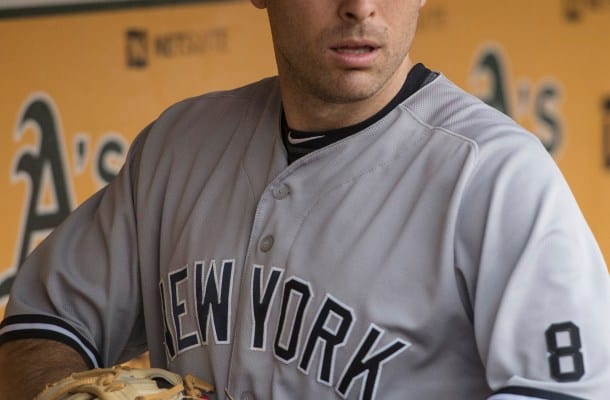 You heard the rumblings when the Angels signed Luis Valbuena; Is CJ Cron on his way out? Is Yunel Escobar on his way out? GM Billy Eppler said Valbuena will play, and play a lot at first base, which caused many to ponder whether the hard-hitting Cron could be the one on the way out. Well, today the Angels announced the signing of utility player Dustin Ackley, who has spent a lot of time at first base as well as in the outfield and second base, to a minor league contract with an invite to Spring Training. Right away this fuels the rumblings, again, that one of Cron or Escobar could soon be dealt. Of course, this is easier said than done, as the withering free agent market will tell you. Sluggers have struggled to secure contracts; one-dimensional sluggers who can hit the ball hard but not much else just aren’t as valuable as they once were. So, the idea that Cron would command enough to make it worth it for the Angels to trade him, especially with Albert Pujols expected to miss the start of the season, just doesn’t add up. The most likely candidate of the two to be traded would seem to be Escobar, and even then, would the Angels be able to get enough for him to make it worth potentially creating a hole in the lineup? As for Ackley, he fits the versatile type of player with a plus glove at multiple positions that Eppler has been targeting this offseason, but he’s played in 159 games combined over the last three years, and hasn’t been very good during that time. Ackley represents an interesting bargain at this time; potential depth at multiple positions, which is something the Angels will need with potential injury risks at first base, designated hitter, and in the outfield with Ben Revere and Cameron Maybin, who has glass bones and paper skin and can hardly be counted on to stay healthy. If Ackley does show enough in Spring Training to earn a roster spot, it most likely would come at the expense of Jefry Marte, who could stand to benefit from regular playing time in the minors to further develop his game and probably will end up there, anyway. At this point this signing represents nothing more than a GM doing his due diligence attempting to deepen his organizational depth, which is never a bad thing, but hardly moves the needle in terms of impact. I wouldn’t expect any current Angel to be affected by this move.

What Does the Ackley Signing Mean for the Current Angels’ Roster?
Scroll to top