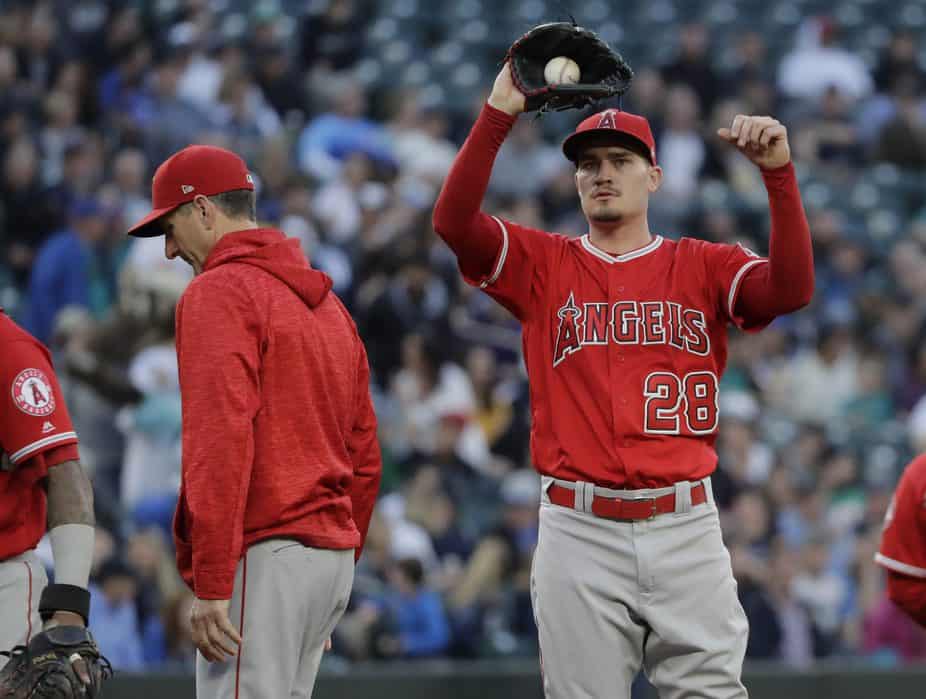 Posted in Editorials By TomWhitakerPosted on May 5, 2020

We are now less than a week away from pitchers and catchers reporting, and we are that much closer to seeing just what the Angels have in their pitching staff. As much as I believe we learn absolutely nothing in Spring Training about what a player is truly capable of, it will still decide the roster the Angels will take into their season. Don’t even get me started on how silly it is that an extremely small sample size of meaningless exhibition games, mostly against players that have no chance of ever stepping foot on a major league field will decide what players are worthy of making a roster or not. Anyway, now’s a perfect time to make our prediction for how the Angels’ rotation will look heading into the season. The Angels have spent a lot of time adding once-prized prospects who have failed to live up to expectations for various reasons, hoping that a change of scenery and a chance will unlock their vast potential. It’s not the worst strategy the Angels have had. What will the final Halo rotation look like? Instead of just choosing the five starters the Angels will take out of Spring Training, this prediction will actually be the five pitchers I think end up making the most starts for the Halos, in order of effectiveness.

1.) Garrett Richards – We covered Garrett Richards in length here, so we won’t spend too much time, now. His health is obviously a major concern, and not something to be taken lightly. He has shown he’s capable of being the ace of a staff, though, and if his elbow holds up expect him to put together a solid season as our best pitcher.

2.) Matt Shoemaker – After a dismal start to the season lead to a demotion, Shoemaker bounced back to be the Angels’ best pitcher for much of the year until suffering a gruesome head injury that knocked him out for the rest of the year. All indications are that Shoemaker is healthy and ready to pitch, but you always have to wonder how an injury like that might affect a pitcher mentally on the mound. All that being said, Shoemaker has flashed the potential to be a solid number two or three starter, and if he was ever able to put up those numbers consistently over the course of a full season he’d be such a valuable pitcher. My prediction is that Shoemaker puts together a solid campaign, and finally stays consistent all year long to challenge Richards for ace status.

3.) Ricky Nolasco – Nolasco has shown signs of being a good pitcher in spurts throughout his career, but his career fell off a cliff after he signed with the Minnesota Twins. After the Angels acquired him in a mid-season trade, though, he pitched spectacularly down the stretch and offered real hope of returning back to being the decent pitcher he once was. The truth of what the Angels should expect lies somewhere in the middle; he’s probably not as good as his late season run was, but with a better defense and in a pitchers’ park, he should at least be better than what he was in Minnesota. You could do a lot worse than that as your third pitcher, although for the Angels to contend, you’d surely hope for more.

4.) Jesse Chavez – The Angels signed Chavez to a one year, $5.75 million dollar deal, which is a great deal for a pitcher that can contribute solid innings in the rotation and from the bullpen. Chavez has been a solid, if unspectacular, pitcher over the last few years in a multitude of roles, but I think the hope for the Angels is that some of the younger pitchers step up and push Chavez to a bullpen role, which would increase depth across the board. I don’t see that happening, and see Chavez being his decent, just-okay self over the course of twenty-five to thirty starts for the Halos. That’s not necessarily a bad thing, but for the Angels to truly contend, they better hope some of their young starters produce.

5.) Tyler Skaggs – Consider me unimpressed with what Skaggs has shown so far in his major league career.He’s failed to show anything remotely close to the expectations placed on him as a prized prospect. On top of that, Skaggs has struggled to stay healthy throughout his career, which includes a Tommy John surgery for good measure. Other than Richards, Skaggs pitching to his potential, consistently, all year is the biggest factor in the Angels’ quest to contend. Skaggs certainly seems like he could be a solid number two, a great asset, but over his career, which is a very small sample size, to be fair, he’s failed to truly impress. Call it a bold prediction, if you’d like, but I don’t believe Skaggs will step up this season, which will put a big damper on the Angel’s hopes.

6.) A Multitude of Young Pitchers – The Angels brought in John Lamb, Manny Banuelos, and Vicente Campos to compete with pitchers like J.C. Ramirez, Daniel Wright, Alex Meyer, and Nate Smith for a spot in the rotation. I don’t see any of those pitchers stepping into the starting five, and most will start the season in the minors if they aren’t cut. It’s certainly possible, even likely, that Ramirez and Meyer end up making impacts from the bullpen, but the rest will have to be satisfied with a spot start here and there due to injury, spending the rest of the time in the minors. The Angels also brought in Yusmeiro Petit and Bud Norris to compete for starts, but it seems unlikely that either would show enough to crack a spot ahead of a younger pitcher at this stage for the Halos, and while either could have a role in the bullpen, Norris would most likely opt for free agency before heading to the minors or the bullpen.

The Bottom Line – If the Angels want to have any chance to contend this season, they’ll need all of their starters to step up and pitch better than they ever have; there’s just no margin for error and no sure thing at any level in this staff. It’s possible that all of these pitchers pitch poorly, get hurt, or both, and we could be looking at another nightmare season for the Angels pitching. GM Billy Eppler has done a good job amassing high-ceiling pitchers, but there’s a reason all those players were available for next to nothing, and shouldn’t really be counted on to give us anything at the major league level. It’s certainly possible that everything breaks right, and in that event you can envision a pretty decent rotation if Richards, Shoemaker, Skaggs, and Nolasco all pitch well. That’s a big ‘if,’ though, and if they don’t… Well, we’ll be looking towards next season sooner than we’d like.

What Will the Angels’ Starting Rotation Look Like?
Scroll to top