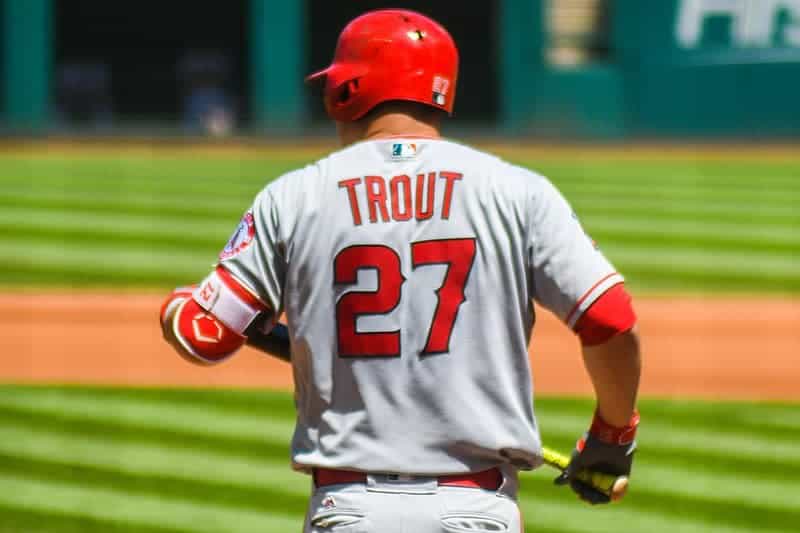 Posted in Editorials By TomWhitakerPosted on September 28, 2019

There are always calls for big changes and drastic moves after a ninety-loss season, especially for a big market team with designs to win every year like the Angels. Coming off a season like that, there will always be calls to tank, especially when you have a farm system as bad as the Angels have.

Teams like the Cubs and Astros are contending on the backs of players acquired thanks to years of losing, and the Phillies and Reds have gotten off to good starts in their own attempts to rebuild from the bottom up. Naturally, the quickest way to get a jump on a process like that is to trade your best players.

That’s where the question comes in: Should the Angels consider trading the best player in baseball, Mike Trout? Imagine the massive haul they would receive. They could start with a teams’ top four or five prospects and add from there! Realistically, though, there are multiple reasons to hang on to Trout right now.

1.) No Precedent – Teams have traded top talent before to jump start rebuilds; The Phillies and Cole Hamels, the Cubs and Jeff Samardzija, the Astros and Carlos Beltran, and the Reds and Johnny Cueto, to name a few. There is just no precedent, however, for the best player in baseball being traded, and therefore nowhere to draw from when trying to find a starting point.

The Angels would obviously receive a massive haul, but it would be very difficult for them to receive fair value for Trout. Are they asking for major-league ready young talent? Four or five top prospects, or even six or seven? Mike Trout is obviously the best player in baseball, but would a team really be willing to give up that many good young players?

For instance, the Cubs are one of the few teams the Angels could realistically expect to receive fair value from, but the Cubs are already the best team in baseball. Would they be willing to trade a package of Kyle Schwarber, Jorge Soler, Willson Contreras, and a few top-ten prospects? Maybe, but it seems unrealistic. When you begin to put a package together that makes it worthwhile for the Angels to consider, it just seems like too big of a deal to get done.

2.) Window of Contention – Mike Trout is still under contract for four more seasons; while the Angels future seems bleak, four years is a long time, plenty of time to turn things around. It doesn’t make sense for GM Billy Eppler to throw in the towel and concede that the Angels can’t compete for the next four seasons.

If Mike Trout’s contract were about to run out, then it’s a different story, but four full offseasons, free agency periods, drafts, and trade deadlines between now and the end of Trout’s contract give the Halos ample time to add to a roster that already boasts several solid, young players.

This offseason will be an extremely important offseason for the Angels, and it’s already off to a good start with a top ten protected draft pick and a few big contracts coming off the books. Regardless of the struggles the Angels have gone through in recent years, there’s no real reason for the Angels to not believe they can build up the organizational depth, farm system, and major league talent level over the next few years.

3.) No Drop-Off Expected – If everything goes wrong, the Angels whiff on every draft pick and free agent signing and suffer multiple injuries, the Angels can always consider trading Trout in a few years. Mike Trout is not only the best player, he’s been the best player in baseball for all of his five full years in the league because he continues to improve every year.

It’s truly remarkable that Trout continues to find ways to be better when he’s already head and shoulders above the rest of the league, but he’s found a way to do it every season. Barring injury, the only value Trout might lose would be the fact that he wouldn’t be under contract for as long as he is now. Few teams would turn down adding Trout for any length of time, however. Basically, if in 2019 the Angels feel that there’s no way they can be competitive for years and Trout is on the way out, they could always revisit a trade then.

4.) The Bottom Line – While it might be fun to imagine the kind of package the Angels could receive, the truth is the Angels would not be more competitive without Trout regardless of the type of talent they add and they have Trout under contract long enough that Billy Eppler and company should be allowed enough time to see what they can build around the best player in baseball.

The silver lining behind this awful season is that the Angels will get a decent head start on what is now basically a three to four year window to compete with a high draft pick and the ability sign anyone without losing it.

They also have big contracts coming off each of the next few years that will open up lots of room to continue to add talent on the open market. A worst case scenario sees the Angels trading Trout in a few years with nothing but a few frustrating seasons to show for it, but the Angels have at least put themselves in a position now going forward to see what they can do to improve this team around Trout before his contract is up.