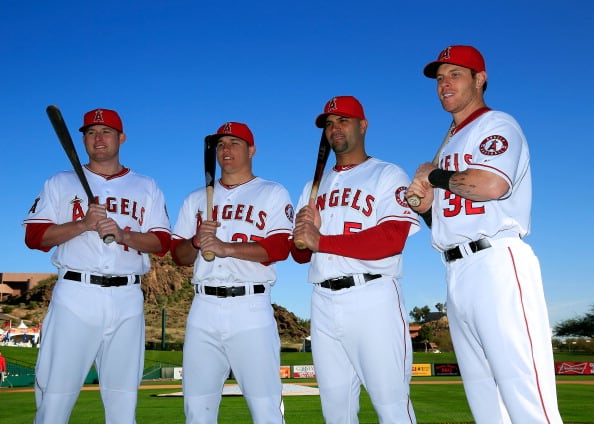 Posted in Halo News By TomWhitakerPosted on February 21, 2020

Anaheim – The Los Angeles Angels are facing the Texas Rangers friday night, and a certain player will be the headline as he makes his return to Angel Stadium.

Josh Hamilton will be returning to the Big A for the first time since being traded away from the his former team the Angels. There have been many stories surrounding Josh Hamilton the whole entire season, but let’s summarize it once more.

In February, Josh Hamilton suffered a drug and alcohol related relapse, which the Angels had strong disapproval of and attempted to use it as a way to get Hamilton out of contract.

Ultimately, they were forced to take up most of the contract before he was sent over to Texas, which sets up Friday’s Big Josh Hamilton return to Anaheim.

Josh Hamilton will be making his return, but how will the Angel fans respond to his presence. Here is the reason why must Angel fans will be on their feet as they “boo” the once Angel Left Fielder.

Josh Hamilton never truly apologized to the fans, coaches and teammates for his whole mess up the past couple of months before leaving the Angels.

After Josh Hamilton was traded away, Mike Scioscia wanted Josh Hamilton to apologize to Angels owner Arte Moreno and the fans, but he never did. It has been said that Hamilton did reach out to past teammates to apologize for his mistakes, but he should have said something to the Halo Community.

Halo Headquarters did a Poll on what they will do when Josh Hamilton comes back to angel stadium. Here were the results.

Here was a statement from awfulannouncing.com about the Josh Hamilton Story.

“A lot of guys around this club have said that they haven’t fully reconciled what went down in their minds. And a lot of players, not just at the top with Arte Moreno, are upset with Josh Hamilton that he never publicly thanked the Angels for paying him a ton of money. And he obviously didn’t hold up his end up the bargain, I understand he has demons, but he never publicly acknowledged his teammates or the Angels organization at all.”

This statement was taken from Hamilton’s press conference back in April.

The facts are there, Josh Hamilton never fully apologized to the community. Some say he was selfish, and wanted to be out of Anaheim forever. He did make a sorry story that he needed help and felt as if the Angels did not help him, yet a simply sorry or thanking the Angels for the journey was needed. Angel Fans, let’s make it clear come friday night that he should never be welcomed into a stadium where he played his heart out, yet never fully apologized for his mistakes that hurt the Angels ball-club early in the season. A true baseball player mans up to their mistake and apologizes to the whole community.